MWAI’s colleague at the University of Kent, Professor Henrik Schoenefeldt, has written a new book about the design of the Houses of Parliament from an environmental perspective, focusing on the impact of David Boswell Reid. The book explains why the nineteenth century Palace of Westminster was a pioneering example of environmental design in architecture, engaging with issues of public health, energy use and thermal comfort.

In the short interview below, Professor Schoenefeldt, describes his central findings and the changes he advocates as a result, many of which are adopted by MWAI in their mission to sensitively transform historic buildings for sustainability and modern life. 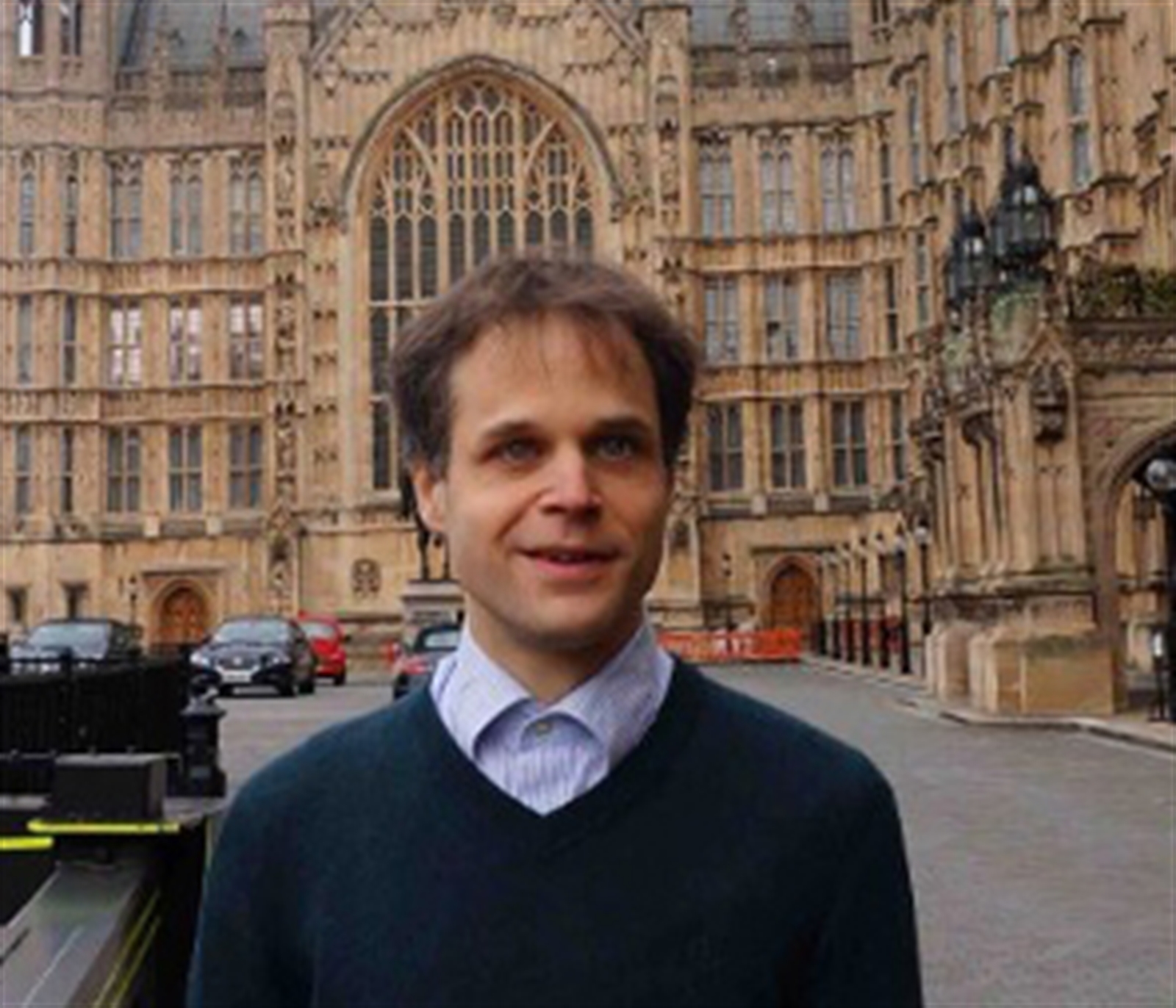 Why should we all know the name David Boswell Reid?

Reid’s radical ideas led to a series of engineering solutions that made the nineteenth century Houses of Parliament a pioneering building in terms of sustainability, human comfort, and health.  Neither an architect nor an engineer, Reid was a building scientist whose wide professional knowledge spanned public health, medicine, chemistry, building physics and how users experience buildings.

People tend to think of the early development of environmental principals in terms of engineers and architects but building scientists like Reid were a critical third force. Reid straddled the boundary between architects and engineers and, thanks to his knowledge of medicine and chemistry, provided a new scientific way of addressing problems and a new methodology that was focussed on the occupant and the human dimension of environmental design.

DBR was at the height of his career almost 200 years ago. Why is he seen today as a pioneer of sustainability?

He was a disrupter and pioneer because he required problems to be resolved through the building itself rather than through added technology. He saw the problems of comfort and ventilation as something that should be addressed through first principles such as natural ventilation and natural cooling, not only through mechanical systems. Although the principals themselves were not new, the idea of deploying them across a huge building like The Houses of Parliament was unprecedented. He also initiated an integrated approach to early climate control so that ventilation, cooling, humidification, and central heating were related to one another unlike, say, the Law Courts where central heating was installed but ventilation was considered separately.

Reid introduced a method where the warm air central heating system extended to include humidification, cooling, and air filtration, and was combined with stack ventilation before the whole building was sealed. There were openable windows, but everything was otherwise centrally organised via two towers where air was introduced and filtered and conditioned at basement level then distributed through thousands of ducts to hundreds of rooms. It was a very bold concept.

How did Reid measure the performance of the building? Did they have post occupancy evaluation in Victorian times?

Before he became involved in the Houses of Parliament, Reid tested out his ideas at his private lab in Edinburgh where he built models and even a small full scale mock-up which simulated particular environments, and where he could ask real people to sit and then give feedback.

Later, his ideas were tested out in the temporary chambers that housed parliament for 15 years after the 1835 fire which destroyed the older buildings and necessitated a new Palace of Westminster. This provided a long period during which ideas could be tested and assessed under real conditions.

The work included analysing the thermal environment, temperature and humidity, and air quality, and a systematic system of user consultation about how the occupants experience related to the actual measurements. This is something which engineers are trying to reintroduce today.  There were over 100 years of continuous measurement of the Palace of Westminster, facilitating continuous learning and enabling successive generations of environmental engineers and facilities managers to fine tune the building’s performance and try out new ideas. Buildings are evolvingand the building has never stopped being experimental.

What would you say are most important lesson today’s environmental engineers and architects?

A sense of humility towards historic buildings is important in conservation projects, and to be prepared to learn from them and to work with them, not against them. Architectural education has tended to create architects who are good at defending what they produce but they often lack humility and openness to learn. At the University of Kent, we try to move them towards more humility and genuine self-reflection.

When working with historic buildings, architects and engineers tend to approach the services in two ways, one is via first principles and the other is about technical changes. These two distinct approaches represent two different cultures, but a more successful outcome will result if these are brought together in a more holistic approach.

Environmental thinking is not new. Architects in the past were trying to address very similar problems to the ones we are facing now, and there is much that can be learned by engaging with the past.

Work empirically and test ideas at the design stage and at completion, whether through evaluative tools or physical models, and learn from them so that professionals are not just sitting on their assumptions but critically reappraising their practice and learning from each project .

Actively embrace the creative disruption of the climate challenge to develop innovative ways of practice. As a progressive building scientist, Reid disrupted the approach of the architectural practice of the great Charles Barry which resulted in significant advances. The same is happening with Net Zero Carbon today.

More can be achieved when rigid boundaries between the disciplines are broken down. Reid’s role as a building scientist was perfectly placed for this.  Today, post occupancy evaluation, academics and technicians take on some of this role, but perhaps it’s time to bring back specialist building scientists. Post occupancy is also an opportunity for continuous learning about buildings.

What surprised you most when you were able to look deep into the physical history of the Palace of Westminster?

One thing in particular stands out, and that is the level of depth you can get into looking into the past from an environmental point of view. Although early environmental thinking is quite marginally reported in architectural history writing, the institutional client kept detailed records through 100 years of the building’s occupation.

Through these records you can really get into the mind of the original thinking, and then understand how the building is changed and refined technologically as successive improvements are made often in response to feedback. You can reconstruct the history of the facilities management that makes buildings work, that makes buildings learn. You could even say that the facilities managers have some authorship of the building alongside the architects and engineers.

What advice would a pioneer like David Boswell Reid have for today’s built environment professionals?

Start with the first principles of architecture and then learn the principles of building physics. The Houses of Parliament’s original design had to be radically altered five years later to accommodate the building services which then took up about a quarter of the internal space.

Adjust the working practices of architects and engineers to accommodate the skills of a ‘building scientist’ in the team while ensuring that architects remain responsible for first principles. Ensure that environmental thinking is initiated early in the design process. The Palace of Westminster was a live experiment in introducing environmental thinking late in the process and how disruptive that proved to be.

Who will benefit most from reading your book, and what are you planning next?

The book is written in a way that asks practitioners and learners to rethink how they think about historic buildings, so that they work with the building rather than trying to impose modern systems into historic fabric, and design systems that are more sympathetic to the original principles.

It is potentially a tool to bring different professions together to think about these problems in a cross disciplinary way so it should appeal to all built environment professionals.

Anyone who is interested in the story of this world-famous building should find much of interest. There is so much more to the Houses of Parliament building than is commonly known. There are many uplifting and surprising stories about entrepreneurship, science, dedication, forward thinking and concern for environmental health and human comfort that are told here in any depth for the first time.

The book was finished during lockdown. Since then I have been working on the building services strategy for the current refurbishment of the Houses of Parliament with the appointed architects and engineers, and working on a study of the House of Lords to understand how the environmental systems today work on a socio-technical level, and to capture the wealth of institutional knowledge available now, so that it isn’t lost when the project is on site over the next ten years.

‘Rebuilding the Houses of Parliament: David Boswell Reid and Disruptive Environmentalism’ by Henrik Schoenefeldt is available from publisher ‘Routledge’, Waterstones and Amazon.